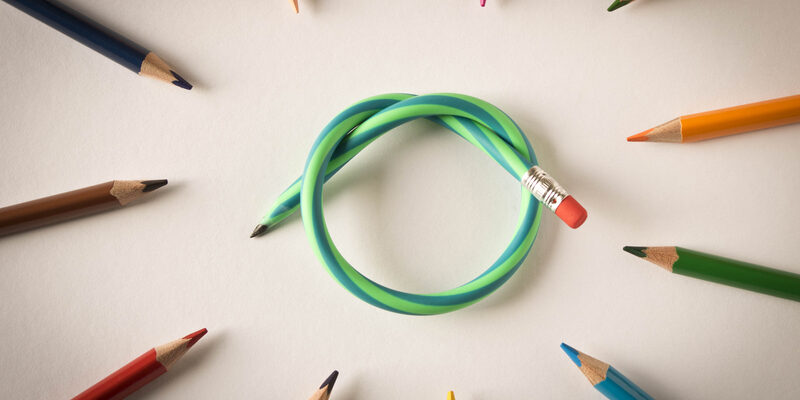 If you are reading this, you are probably an investigator. It may not be your job title, but if you are a lawyer, auditor, doctor, HR business partner, manager, executive, etc., a big part of your job is investigatory, requiring you to arrive at well-reasoned, fact-based, modern decisions, guidance or recommendations. You regularly make searching, systematic inquiries based on examination of relevant facts, data and information. How do you determine what is relevant when you investigate? It’s likely that you unconsciously select or rely too heavily on information you already agree with and pay little or no attention to data that conflicts with your beliefs.

If you want to make better decisions without being influenced by the subconscious biases that govern human behavior, it is important to be aware of a silent and insidious flaw in our thinking known as confirmation bias. It is an invisible hand guiding all decisions we make, often leading us astray by masquerading as reason. Confirmation bias “typically used in the psychological literature, connotes the seeking or interpreting of evidence in ways that are partial to existing beliefs, expectations or a hypothesis in hand” (“Confirmation Bias: A Ubiquitous Phenomenon in Many Guises” by Raymond S. Nickerson, University Review of General Psychology 1998, Vol. 2, No. 2)

I think of it as the Achilles heel of decision-making, imbuing us with vulnerability at the time when sound judgment is all that matters. It sneaks up and silently whispers “look here” and “don’t look there” as you attempt to make a good choices.

We are all biased and most of it is unconscious. By its very definition, “bias” is not fact-based: “a particular tendency, trend, inclination, feeling, or opinion, especially one that is preconceived or unreasoned.”

Confirmation bias drives us to seek out what supports our views and filter out what does not fit. It’s one reason people like watching particular news programs or anchors and cannot stand others. Often, the media plays to our beliefs just as trial lawyers play to the jury—by working within a belief system rather than trying to change it.

When your work relies upon data, evidence and facts, it is imperative to avoid filters that affect your ability to assess or even notice them. Those tasked with bringing analytical rigor to their work must perceive every angle of the case, patient or issue, as a means of bringing about the best result. The ability to shift perception, perspective and point-of-view is crucial to critical thinking.

In an adversarial situation, if you can see how the other side thinks, you are better positioned to overcome it. In an analytical situation, your ability to be objective helps come to valid conclusions. Crucial to that is an understanding of your own preconceptions and biases so you don’t immediately discount a piece of evidence, negotiating point,or preference voiced by an opponent.

This is problematic for anyone charged with assessing situations and determining a course of action on behalf of stakeholders. Let’s say you are handling a grievance and tend to believe that people who complain are usually exaggerating. This belief will affect how you select and view the information you collect. Failure to see the matter from all sides is a disservice to those who rely upon your professional judgment, analysis and guidance. Investigative work is susceptible to confirmation bias in a thorny way and can operate insidiously to contain or curtail the inquiry within imaginary or arbitrary boundaries.

In addition to favoring theories that back up our world view, confirmation bias compels us to select underlying facts that support these theories and give them more weight, sometimes referred to as “my-side bias.” A client, recounting an argument he had at work, told me exactly how his side of it went but was unable to recall any opposing points made by his coworker. When people extend preferential treatment to evidence supporting their beliefs, they tend to recall reasons supporting that side they favor and not to remember reasons supporting the other side. In the case of my client, the conversation left him exactly where he started—firmly convinced by the rightness of his position, and unencumbered by contrary viewpoints because he could not recall them.

Another strain of confirmation bias is known as “seeing what one is looking for.” People see the patterns they seek in data regardless of whether the patterns are really there. This ability—to find evidence to support your case or theory—can be invaluable, but only coupled with a facility to recognize other ways the data could be viewed as an important counterpoint. If we only see what we seek, critical data could be missed, glossed over or dismissed rather than analyzed, tested and explained.

Recently, I was working with a client on her preparation for a performance review where she would be delivering feedback and was expecting pushback from a direct-report. As we discussed the scenario and explored options, she said “I know exactly what he’s going to do—he always gets defensive.” She didn’t realize that her prediction could help produce that negative outcome. By walking into the situation with a fixed mindset, she may only spot behavior that validates her supposition and filter out whatever did not fit into the scenario she imagined. Consequently, she could easily misread her direct-report’s reaction as fitting into her paradigm. And she could unwittingly escalate it. These assumptions narrow the path that maintaining objectivity could expand.

We have explored three ways confirmation bias operates: by favoring theories arbitrarily; selecting or weighting facts in alignment with those theories or beliefs; and seeing only what one is looking for. Here are some tips for decreasing the impact of confirmation bias when you want to make a smart, well-reasoned decision:

When you factor in confirmation bias, decisions can be derived from all of the facts, rather than randomly selected or inappropriately weighted facts and you can make more detached, defendable decisions.

Reprinted with permission from the June 28, 2017 edition of “The Legal Intelligencer” © 2017 ALM Media Properties, LLC. All rights reserved. Further duplication without permission is prohibited. For information, contact 877-257-3382, reprints@alm.com or visit www.almreprints.com.

Exposing and Easing Fear of Young Lawyers in the Profession
June 5, 2020
Go to Top