How to Say You’re Sorry: An Important Tool in the Workplace and Beyond 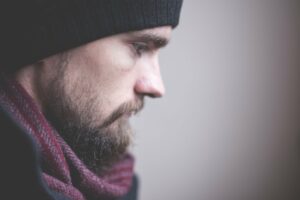 I can’t remember the first time someone screamed at me at work, or the last time, because it happened often in my life as a lawyer. And apologies were rare. Most of the time, it was never mentioned again by either party.

In one instance, a physician shouted at me when I called to let him know about an investigation I was conducting after receiving a complaint of retaliation in his department. It was part of the investigation process to let him, the department head, know. I was relaying the information.

In other words, I was just doing my job and the doctor went crazy, yelling and cursing at me on the phone until I finally ended the conversation and hung up. Unfortunately, I had to call him again as the investigation was ongoing. During our next conversation, he said “I apologize for being so energized the last time we spoke.”

Energized? Is that what we’re calling an angry verbal cuss-out these days? The word has no negative connotations to it and is synonymous with words such as “invigorated” and “revitalized.” The good doctor was letting himself off the hook. I wondered why he bothered to apologize if he wouldn’t acknowledge the misbehavior that occasioned it.

I remember his apology much more clearly than our original heated encounter because it was so flimsy, false and fake. It was hard not to laugh at his choice of words. As Elton John sang, “sorry seems to be the hardest word” for many people.

I thought of that encounter when I read about Rep. Ted Yoho’s (R-FL) apology to Rep. Alexandria Ocasio-Cortez (D-NY) after he pointed his finger in her face and yelled at her, calling her crazy, disgusting, and a “fucking bitch.” In response, House Majority Leader Steny Hoyer, said, “Mr. Yoho owes not only the congresswoman an apology, but an apology on the floor of the House.”

Accordingly, Yoho appeared before the House stating “I rise to apologize for the abrupt manner of the conversation I had with my colleague from New York … ”

“Abrupt” seemed too mild a description of the conduct, just like “energized.” The lawmaker minimized the behavior rather than accept accountability. He went further to suggest that those present when he spoke to Ocasio-Cortez, misunderstood his words: “ the offensive name-calling—words attributed to me by the press, were never spoken to my colleague, and if they were construed that way I apologize for their misunderstanding.”

Construed? Their misunderstanding? Again, I wondered why someone would apologize if it couldn’t be done in an authentic way, conveying some real feeling about what happened. Instead, it was only recognizable as an apology because it was introduced as such. And was probably done only because it was required.

Yoho is not the first and will not be the last politician to issue an apology that was insincere and lacking.

On Aug. 17, 1998, a stone-faced President Bill Clinton attempted to apologize after lying in a deposition and to the country about his extramarital affair with a White House intern. He chronicled why he was motivated to lie and, like Yoho, sought to excuse it stating “even presidents have private lives.” Clinton later acknowledged that his apology was not sufficiently contrite.

Yoho’s original insult did not motivate Ocasio-Cortez to respond because, as she stated in her own words, loutish behavior and vulgar language are nothing new. However, when she heard the “apology” and especially that Yoho said because he has a wife and two daughters, he is “cognizant of language.” For that, Ocasio-Cortez sought a “point of personal privilege” and delivered a speech on the House floor rebuking Yoho’s words and actions.

Apologizing is an important tool and if you dismiss it as a sign of weakness, you haven’t experienced its power and are missing opportunities to build and strengthen relationships at work and in your personal life.

Expressing contrition is a necessary bridge, in some instances, between hurt feelings and trust. I had clients, when I was practicing law, who were more interested in an apology than a financial settlement because their sense of betrayal was far greater than any monetary reward they could receive.

When you decide an apology is owed, there are components to make it successful and forgiveness more likely. First, if you cannot do it authentically, don’t do it all. Clinton and Yoho’s apologies were so insincere, they caused additional turmoil instead of abating it.

Professor of psychiatry Aaron Lazare, in his book “On Apology,” names four components of an effective apology known as the four R’s: recognition, responsibility, remorse and reparation. To that, I add a fifth: repeat—ensuring that the behavior will not happen again.

If you look at the three apologies I cite through the lens of these components, you’ll see why and how they were lacking. And if you include them in your next apology, it will be much more meaningful to its recipient and more beneficial to whatever personal or professional relationship you want to preserve.

While apologies are capable of rebuilding relationships and trust, doing them poorly has the opposite outcome. These steps are effective because they demonstrate that you understand the consequences of your actions, are accountable, truly feel bad about it, want to fix it and make sure it never happens again.

Reprinted with permission from the August 12, 2020 edition of “The Legal Intelligencer” © 2020 ALM Media Properties, LLC. All rights reserved. Further duplication without permission is prohibited. For information, contact 877-257-3382, reprints@alm.com or visit www.almreprints.com.