The ‘Philly Special’: A Lesson in Leadership, Teamwork 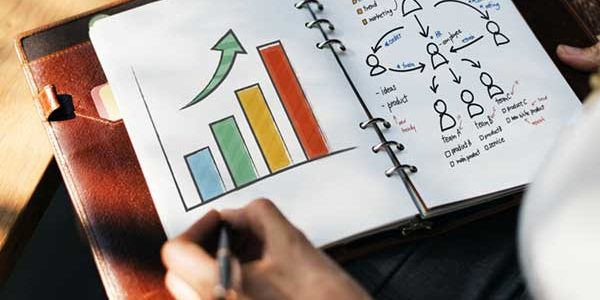 On the field of life, leadership and team work look a lot like they do on the field of sports. It’s all about creating a culture where diverse opinions are actively encouraged, dialogue is ongoing and no idea is ridiculous.

On the field of life, leadership and teamwork look a lot like they do on the field of sports. It’s all about creating a culture where diverse opinions are actively encouraged, dialogue is ongoing and no idea is ridiculous. This is especially true when intense competition drives the need for innovation, which by its nature involves risk. Trying novel approaches comes with the possibility of failure, but the only other option is continuing to keep going the same way and getting lost in the dust.

As Aristotle said, “The whole is greater than the sum of its parts.” In other words, when individual parts are connected together to form one entity, they are worth more than parts stored in silos. Yet many firms and businesses are set up exactly this way with little idea sharing, connection or cross-selling.

What would it be like to be on a team that creates a culture of inclusiveness and trust where you can bring ideas without fear of being ignored, unappreciated, ridiculed or blamed if the endeavor was unsuccessful? And what might the benefits be in learning to become a team player?

To see the benefits of teamwork, one need look no further than the 2017 Philadelphia Eagles, winner of Super Bowl LII.

As underdogs, they had to figure out how to beat a dynasty that had captured five Super Bowl victories with their star quarterback Tom Brady. They had to do something different, something the Patriots were not expecting.

An interesting moment occurred during the final 38 seconds of the first half of Super Bowl LII. On “4th and goal,” most teams would have gone for the high percentage three points. But the Eagles decided, instead to go for six points. It was a high-risk, high-reward move that even the announcers questioned. Later, it was revealed that it was Foles who approached Pederson and suggested a play dubbed the “Philly Special.” The play earned the Eagles a touchdown and helped bring them the victory.

Peter King, writing for Sports Illustrated, interviewed Reich who said “the kernel of the idea originated from an industrious Eagles quality-control coach, Press Taylor. Reich said, “Press has this, what we call this vault of trick plays. It’s an immense vault, so every week we go into Press’ vault looking for plays.””

The Eagles practiced the play without a specific plan for when they were going to use it. In a moment that became immediately iconic, Foles walks up to Pederson to suggest the play and Pederson without missing a beat agrees.

A moment like that does not just happen. The coach had to build a culture and a cushion of respect and trust with his team in order to produce an environment safe for pitching risky ideas.

“The great thing about Doug is he’s always going to listen,” Foles told NBC Sports. “It just came to me, it just felt like the right time. It’s ultimately his decision, he can say no, but that’s the great thing about him. He has confidence in his players, he has confidence in me, and you see on the replay, it’s really cool, you just get a little insight into our relationship.”

Indeed. One of the pleasures of re-watching the footage is the collaborative interplay between Pederson and Foles. Pederson obviously respected the quarterback’s sense of timing, insight into what was happening on the field and trusted him to make a good decision.

This culture permitted another central ingredient for this high-functioning team—fun. If you Google “team building” a plethora of activities and a common thread that runs through them is practical problem solving coupled with a game designed to get people strategizing together and using their diverse strengths.

Even before the Super Bowl, news outlets were reporting that the Eagles were having fun. According to NJ.com, the last advice Pederson gave his team was this: “We’re here and it’s just a matter of taking care of business,” Pederson said. “The biggest thing is no one expected us to be in this game and we’re here. The pressure is not on us. We’ll go out and have fun and battle for 60 minutes.”

When I was a young associate in a law firm, I worked with a partner as second chair on his cases. Whenever we were heading out for court, he would say, with a twinkle in his eye, “Let’s go have some fun.” We were heading into battle, but his attitude was always that we could have a good time while working hard.

Patrick Lencioni, author of “The Five Dysfunctions of a Team,” distilled the most common problems on teams to five elements: absence of trust, fear of conflict, lack of commitment, avoidance of accountability and inattention to results.

Regardless of what phase your career is currently in, it is never too early to build leadership skills and become a team player. Here are some tips for building a collaborative team:

The Eagles are an inspiration, to anyone who feels like an underdog, that winning is possible if you look for new ways, are willing to take a risk, and trust your team to have your back. These lessons can be taken from the gridiron to the boardroom, courtroom or whatever field you choose.

Reprinted with permission from the February 21, 2018 edition of “The Legal Intelligencer” © 2018 ALM Media Properties, LLC. All rights reserved. Further duplication without permission is prohibited. For information, contact 877-257-3382, reprints@alm.com or visit www.almreprints.com.

How to Say You’re Sorry: An Important Tool in the Workplace and Beyond
August 13, 2020
Go to Top