Grit: The Secret Ingredient of Success in Your Career and Beyond 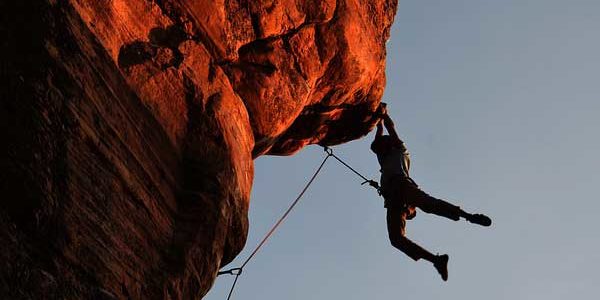 The first time I heard the word “grit” was in the title of a 1969 movie, “True Grit,” the story of 14-year-old Mattie Ross, who hires Rooster Cogburn, a tough, aging, alcoholic U.S. Marshal to track down her father’s murderer and goes with him on the quest. Set in Arkansas circa 1873, they journey to Oklahoma to find their man, and encounter significant obstacles along the way. Mattie Ross has been described as stubborn, headstrong, determined, willful, courageous and independent. While she hires Cogburn because “they tell me you’re a man with true grit,” her character demonstrates her own grit throughout the film.

Fast forward to 2013, when psychologist Angela Duckworth took to the TED stage and delivered a talk titled “Grit: The Power of Passion and Perseverance” (the same title as her book, published in 2016). As a teacher, Duckworth noticed that a student’s IQ does not determine performance. This led her to study who is successful and why. If raw talent is not the x-factor, what is?

Duckworth went to West Point to study cadets, to the National Spelling Bee and to really tough neighborhood schools to see which of the rookie teachers would survive the year and be successful in improving outcomes for kids. She also looked at sales, “a profession in which daily, if not hourly rejection is par for the course.” In spelling bee competitors, she found that “grittier kids went further in competition. How did they do it? By studying many more hours and, also, by competing in more spelling bees.”

Duckworth came to a fundamental insight: “Our potential is one thing. What we do with it is quite another.”

On Nov. 17, I attended “Grit: Secret Recipes of Successful Women Entrepreneurs,” the first annual Women’s Entrepreneurship Day (WED) at Moore College of Art & Design in Philadelphia where we heard inspiring stories of business start-ups and how successful people navigate their way through pitfalls and setbacks.

Elissa Bloom, executive director of the Philadelphia Fashion Incubator and Philadelphia ambassador for WED kicked off the event talking about the idea WED. Other “days” that people observe include National Bubble Bath Day (Jan. 8) and National Turtle Day (May 23). So, why not Women’s Entrepreneurship Day?

Keynote speaker Rakia Reynolds, president of Skai Blue Media, shared her tips on failure, resilience and how to bounce back or, as she calls it, “the story behind the glory.” She spoke of courage, resolve, strength of character, mental toughness and the dangers of playing it safe. Reynolds encouraged the audience to “trust yourself, your instincts and talent.” One cannot be an entrepreneur without taking financial risk. “You won’t win all the time, but it’s what you do with the losses that will determine how successful you will become.”

Reynolds recommends an orientation of allowing a setback to become a “set up for a comeback.” Also, surround yourself with people who believe in your purpose, proposition and plan. Cultivate what Reynolds calls “friend-tors” (friendly mentors). Acknowledging what a start-up enterprise will require of a person, she suggests that “you might have to drop something” and be okay with not doing it all.

Reynolds, who recently led the creative effort to bring Amazon to Philadelphia, understands playing on the world stage confidently. When asked by an audience member what to do when surrounded by fear, she replied “Just do it.” Reynolds has daily exercises to support her confidence, including power poses (see Amy Cuddy’s TED Talk) and visualization because “you can’t be what you can’t see.”

A panel discussion about entrepreneurship and grit followed. It included Philadelphia attorney Francine Griesing, founder and managing member of Griesing Law in Philadelphia. Griesing is a first generation American and daughter of a Holocaust survivor, which shaped her life dramatically. If her father could make it through something like that, she says she felt driven to “do something special, to accomplish something.” Who might you look to for inspiration?

Giving an example of how to thrive after a setback, Griesing described opening her firm in 2010. She had sublet office space in a law firm only to be pushed out when the firm hired more associates and needed the room. Having already taken steps to establish herself at that address, she had to act quickly to secure a location and protect her new endeavor. Griesing negotiated with another firm and successfully reframed the story into “we’ve outgrown our space in two months” rather than we lost our lease. When asked about one thing that makes her successful, she said “perseverance, never give up, not an option to fail.”

It’s a point that cannot be over-stated. When we see successful people we often overlook what it took to get there. Thomas Edison, for example, made 1,000 failed attempts before inventing an effective lightbulb.

Griesing also emphasized the importance of self-care in the process. “You know when you get on a plane and they tell you to put your oxygen mask on first? You have to take care of yourself first. If you don’t nourish you, the business can’t succeed. It affects everyone.”

If you’re having a grit or quit moment, consider taking a break first.

When asked what she thinks about the advice of “fake it ’til you make it” Griesing’s response focused on the relationship between physical presentation and impact. “The way you present yourself, the way you dress, if you feel comfortable in your look, it helps with confidence. It makes you more confident to face the world.”

I echo this with my clients and not just women. I’ll ask “do you have a suit made of high-quality material, tailored to you, that makes you feel like a million bucks when you wear it?” Ask any actor—wardrobe supports the role and helps you inhabit the part. It works for everyone that way.

After the conference, I interviewed Elissa Bloom. She told me that WED was put together in only two and a half months. Considering all of the moving parts in a six-hour event with multiple speakers, sponsors, vendors and a meal, this is a significant achievement. Echoing the theme of support that ran through the conference, she said that she assembled an advisory board and a speaker committee and emphasized that it took a village to have a successful event.

Bloom chose grit as the topic because she noticed that stories about the challenges, hardships and pain points leading up to success stories are rarely heard and she wanted a forum to talk openly about setbacks and how to get through them.

Sharing an example to amplify the point of the conference, Bloom told me that an attendee who is working on a tech product was having challenges moving forward. Because of the opportunity to network with people from other industries during a breakout session, she benefited from those perspectives and left the conference invigorated by new ideas. She wrote to Bloom: “Great job today!!!! Plus, I had a super GRIT moment with the wonderful people at my table who helped me rethink my product. So, a giant thank you for that!!!!”

This attendee used a lunch break to regroup, get feedback, input and bounce back. That’s true grit. When it’s grit or quit, choose grit.

Reprinted with permission from the November 30, 2017 edition of “The Legal Intelligencer” © 2017 ALM Media Properties, LLC. All rights reserved. Further duplication without permission is prohibited. For information, contact 877-257-3382, reprints@alm.com or visit www.almreprints.com.

Exposing and Easing Fear of Young Lawyers in the Profession
June 5, 2020
Go to Top