Silence Is Your Secret Weapon: Use It to Gain Insight 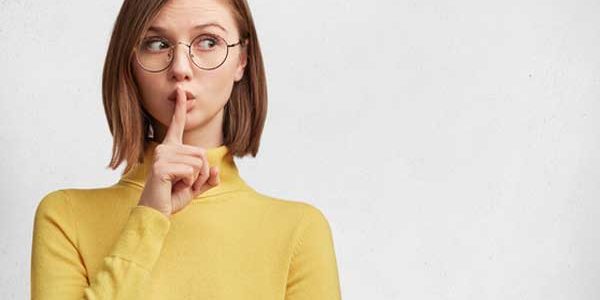 If you want to get more information, better intelligence and clarity, consider allowing silence to play a supporting role in your communication style. It can be used to great effect.

I will never forget a coaching conversation early in my career with an executive from a global software company. You would recognize the company name and I mention that, not to toot my own horn, but to give you an idea of what stakes were for me—new coach, high profile client.

For a few weeks, she had been describing a co-worker who was systematically and ruthlessly endeavoring to take a major portion of her portfolio right out from under her. As he maneuvered through leadership and brazenly acted against her interests, my client grappled with what to do. At one point, as she was relating the current status, she said, “He’s a perfectly nice guy, but…” Her voice trailed off and I jumped in and asked, “Is he? Is he really a perfectly nice guy?”

A silence followed my question during which I died a thousand deaths. A coach walks a fine line between observing a core principle that a client is the expert in her own life, and challenging beliefs and perceptions. During the silence, I wondered if she was offended that I questioned the character of her co-worker. Had I somehow misjudged or overstepped in my blunt question? Silence is impossible to interpret and I was worried that she was taken aback by my question.

When that happens one may be compelled to backpedal, to ask a softer question, or to couch and sugarcoat in order to coax conversation. But, I learned not to underestimate the awesome power of silence. Letting things rest for a beat or two will not generally make things worse and you might get a gem of an insight. The more powerful a question, the longer it may take for a person to answer. Good questions elicit thought and immediate rote answers have no value.

Following the eternity of that silence, my client finally and firmly said “no, he’s an ass—-.” I was floored. She had never uttered a swear word in all of the time we were working together and now she lets the “a” word drop. That’s the point. When you interrupt a person with what you believe they are thinking or try to finish their sentence, you might be totally wrong and deprive them of developing awareness.

Once my client stopped telling herself that the interloper was a nice guy, the options of what to do opened up like a floodgate. Previously hampered by the curse of needing to be nice, she saw that she was in a war with an enemy and began to think like a general. The question and resulting silence were the beginning of a new awareness, empowerment and spirit.

When I was a lawyer, sitting in silence was one of my best deposition strategies. When I prepared my clients to be deposed, I would say that our human nature compels us to jump into any gap in the conversation. Nature abhors a vacuum and humans abhor silence. We think it’s awkward and will try to alleviate the discomfort. I asked them to practice allowing silence after completely answering a question. It’s not as easy as it sounds and often they weren’t so good at it despite the preparation and practice. On my end, waiting a beat or two before asking the next question occasionally yielded gold. Many people will start to talk again simply because there is silence.

During an oral argument once, I kept going after the judge had already decided the case. He said, “Miss Lefkowitz, you’ve already won. Why are you still talking?” I did not know when to shut up!

When I was first learning how to coach, I found silence a challenge. But as I practiced, I learned a great deal. We tend to undervalue the human need to be heard and if you don’t stop talking, you deprive the other person of that gift.

The skills a coach employs—creating awareness, powerful questions, and active listening—will pay dividends in any professional service field, especially law. Active listening requires silence because you want to be sure the other person is finished and let what they’ve said sink in when important topics are on the table.

You may already notice how little active listening is going on around you on a daily basis. People want to talk more than listen and are often just waiting for your lips to stop moving so they can start. But we always learn more by listening than by talking.

Your silence isn’t empty because you’re actively attentive. That’s the gift. To allow full expression of a thought or idea, respect it enough not to respond immediately and give it some thought yourself.

This is nothing like the silent treatment where a metaphorical stone wall is erected between you and another person eliminating any ability to meaningfully communicate either through words or silence. Prolonged silence becomes a punishment rather than a gift. If you truly need to thoughtfully sift and sort through something that was said, you could steal a line from an old colleague of mine who used to say “I’ll have to meditate on that.” I liked that because it gave me assurance that she would give it serious attention and come back for more discussion.

Here are some tips for employing silence and active listening:

Effectively using silence can be enormously effective in negotiations, sales and many other endeavors. If there is no reason to be talking, don’t let silence create one. You may be amazed by what you hear.

Reprinted with permission from the March 21, 2018 edition of “The Legal Intelligencer” © 2018 ALM Media Properties, LLC. All rights reserved. Further duplication without permission is prohibited. For information, contact 877-257-3382, reprints@alm.com or visit www.almreprints.com.

The Benefits of Rewarding Yourself for a Job Well Done
October 1, 2020
Go to Top