Stress Is On the Rise: Take Steps to Manage It 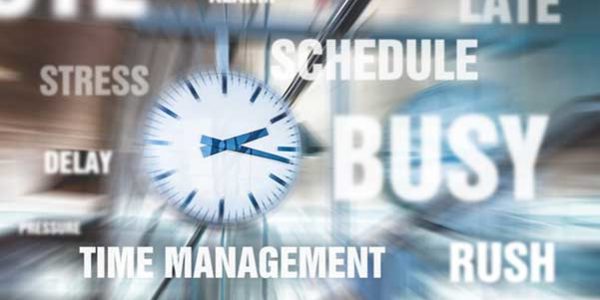 The other day, I began typing the word “coping” into a Google search and before I could even finish, Google began to populate search results which included coping with Hurricane Harvey, coping with the mass shooting in Las Vegas, with sexual harassment, with grief, with panic, with the death of Tom Petty and coping with a loss by your favorite sports team, just to name a few.

For people I know and those I coach, the world now feels like an especially scary place. Many things that were once considered bedrocks of our society and political system are changing and threats by foreign countries escalating. There is a constant drumbeat of rhetoric and spin provided by a 24-hour news cycle, which never rests, to examine, explore and explain every handshake, twitch and tweet.

Besides all of that, we have our finances, families, homes, careers, pets, chores and aspirations, etc. and on any given day may be coping with something in those arenas. No wonder Google has so many search results for coping.

It turns out that this feeling—that there is more stress in the world now—is not subjective. The American Psychological Association (APA) has been annually measuring stress through surveys since 2007. It released a report titled “Stress in America—Coping with Change” in February. It shows that prior to 2016, the top sources of stress for Americans were money, work and the economy.

Lately, new and less traditional strains are starting to invade our psyches as well.

In spring 2016, psychologists began reporting an increasing concern and anxiety among their patients toward the presidential election. This led to the APA adding election-related questions to the annual poll conducted later that August.

In a world where Democrats and Republicans cannot seem to agree on anything, stress is a rare bi-partisan issue.

The survey looks at the link between constant use of technology and stress. Frequent use of social media “has paved the way for the ‘constant checker’—those who check their email, texts and social media accounts on a constant basis.” Do you know someone like that?

According to the data, other major areas that cause anxiety include terrorism, the economy and gun violence.

All of these stressors have an impact on health. In the August survey, 3 in 10 Americans report that their stress increased in the past year and more Americans reported experiencing at least one physical or emotional symptom of stress, which could include headache, feeling overwhelmed, feeling nervous or anxious, and feeling depressed or sad.

Americans are struggling with stress management as well. Many of us wait for a physical symptom to appear before we do anything about stress. When I was a young lawyer, I started noticing shortness of breath and went to the doctor expecting him to prescribe something. He recognized immediately what I did not—the relationship between my health and anxiety. Somewhat snarkily, he offered to write a prescription for me to exercise three times a week and asked if I would do it. That was my first lesson in the difference between stress medication and management.

Managing stress may have an impact on your children, too. Consider the recent article in the New York Times titled “Why Are More American Teenagers Than Ever Suffering From Severe Anxiety?” The piece cited studies that have found an anxious parenting style can induce anxiety and risk aversion in kids.

“Coping” means taking action rather than passively accepting the existence of stress. It is the act of facing and dealing with responsibilities, problems or difficulties in a calm or adequate manner. We cannot eliminate stress, but we can reduce it with proven techniques.

Here are some tips for taking the pressure down a few notches:

We are a stressed-out nation. The findings of the APA are a reason to take stress seriously and create steps to manage it. Your health, productivity and outlook will improve when you choose to get a handle on stress and you will be in a better position to discern options, find solutions and make better decisions.

Reprinted with permission from the October 25, 2017 edition of “The Legal Intelligencer” © 2017 ALM Media Properties, LLC. All rights reserved. Further duplication without permission is prohibited. For information, contact 877-257-3382, reprints@alm.com or visit www.almreprints.com.