When It Comes to Sleep You Can’t Trick Mother Nature 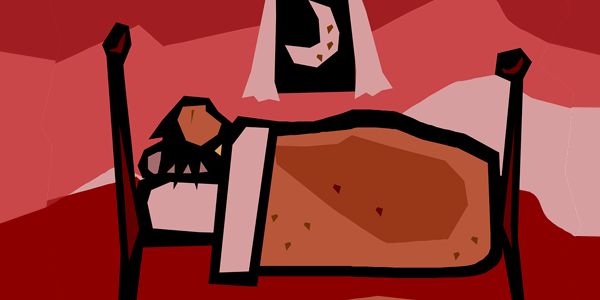 If I told you that I have a product that will give you more energy, help maintain a healthy weight and improve your mood and performance at work, would you be interested? Might you pay money to get it? The good news is it’s free and within your control to get an adequate supply. The product is …

But not just any kind of sleep. I mean adequate, health-promoting sleep. If you guard this remarkable replenishing resource zealously and give your body enough, the benefits are tremendous.

When “Breaking Bad” was in its original run on television, I eagerly awaited each episode. In order to enjoy it, however, I had to wait an extra day because it aired at 10 p.m. on Sunday nights. Because it was often disturbing, I couldn’t risk its startling imagery or brutal violence so close to bedtime. It was hard enough to fall asleep on a Sunday night.

I thought that I was one of those people who “needed her sleep” as there have always been others in my orbit who could, seemingly, function on far less than me. In my ignorance, I thought it was a preference rather than a requirement. Two recent news stories and a conversation with an expert have shifted my understanding of the role sleep plays in our lives and convinced me that no one is immune to the effects of sleep deprivation.

This past February, attorney Cameron Schladenhauffen died at age 31. The death was ruled accidental because of a mix of drugs found in his system. His father was quoted in an article that appeared in The American Lawyer March 26. He said that “… his son had been experiencing acute stress in the year leading up to his death. Schladenhauffen said his son had described receiving assignments … with deadlines that were difficult to meet, sometimes causing him to work through the night. He said his son had told him he pulled two all-nighters in a row to finish his work on one occasion.”

The same publication reported on April 15, about the death of attorney Paul Rawlinson who “temporarily stepped down as global chairman of Baker McKenzie following health issues caused by exhaustion.”

There were likely many factors that caused these sad, untimely deaths. What struck me about both stories was the exhaustion factor. As a coach who helps clients perform better at work, I know that these lawyers were not anomalies. Many professionals give up sleep believing they will have greater success or to meet expectations from supervisors.

To better understand the role of sleep, I interviewed David Dinges, professor and director of the Unit for Experimental Psychiatry and Chief of the Division of Sleep & Chronobiology in the Department of Psychiatry at the University of Pennsylvania School of Medicine. Dinges is an internationally recognized expert in sleep and has consulted for NASA and the U.S. Department of Transportation. His focus is on “how to help otherwise healthy humans avoid catastrophe,” which he described as “failing by pushing ourselves too hard.”

Dinges explained how the brain and body respond when sleep is denied. As diurnal beings, our bodies and minds expect to be asleep at night and awake during the day. The biological response to denial of sleep is that the brain thinks it’s starving and compels the body to consume high fat foods. Look around any place where people are working the night shift and you will likely see pizza, doughnuts and other high fat, high calorie items, according to Dinges. Obesity is one of the health issues associated with sleep deprivation as are lapses of attention, decreased judgment, slowed working memory, reduced cognitive throughput and depressed mood.

Dinges points out that “a lot of workplaces have become 24/7 particularly for professionals where there isn’t a time clock you punch. The prevailing philosophy is get it done, and do whatever you need to do to get it done, but the cost of that can be quite severe for some individuals particularly when the demand is chronic and unpredictable in terms of when the end point is reached. That adds an additional stress. The more people know when things start and stop and where they’ll get recovery, the more control they feel they have and the less stress they feel. But the minute we erase those natural boundaries out of this bizarre belief that somehow we’re going to do our best work when we’re utterly and completely exhausted is just simply naive.”

Have you ever met someone who claims to be able to function on few hours of sleep? Dinges has tested such people and sees the same “deterioration, and the same inappropriate functioning and failure to be able to concentrate, cognitive slowing and emotional liability that we see in everyone else.” Dinges calls the idea that four hours of sleep is adequate “a delusion.”

Regarding all-nighters, Dinges said, “There is a need to understand that nobody is capable of going for days on end without sleep, under high stress, without paying a price for that. And the price cannot be paid through your salary. It’s paid through your biology and behavior and there’s no way around that.”

I’ve often heard people say “I’ll sleep when I’m dead” and asked Dinges for his thoughts: “That statement would suggest they’ve got a significant thinking problem, a cognitive problem. They apparently don’t understand that you have to sleep to stay alive. If you want to compete as an athlete, or as a business [person], or as a scientist, you damn well need to get your sleep. It’s fine to push yourself hard, to work hard. I work hard … but I make sure I get my sleep and I make sure my diet is healthy. So, I don’t give up the health-promoting behaviors … Recovery isn’t just sleep. It’s also eating healthy, seeing your family and it’s all the things that make life rewarding and remind you that you work hard because you’ve got other people you care about and the quality of life you want to maintain.”

He described the warning signs that you are not getting sufficient sleep: “Stress response, depression, the feeling that I’m overwhelmed, that there’s no joie de vivre in any day.”

Although I wrote at the start of this article that the product to improve your life is free, there will be some trade-offs if you need to make time for sleep. According to Dinges, “the recommended amount of sleep to maintain health in nearly every category from cancer to all sorts of diseases … is seven hours a night for a healthy adult.” It can be broken up into five or six hours of night sleep coupled with a nap, but it needs to add up to seven hours.

If you have instances of missing sleep, plan your recovery. Discuss it with your boss, your partner, your spouse and make arrangements to recuperate from sleep loss. As Dinges said, “Open discussions about how to recover, how to keep going aren’t signs of weakness, those are smart signs for strategizing how to get the job done.”

If you are not getting seven hours of sleep, think about what you can give up to get more and take a good look at how you spend time, and what you can delegate or dump. Also examine discretionary time and consider what really matters to you. Dinges mentioned one of my favorite pastimes: “Frankly,” he says “there’s no television program that’s worth missing your sleep or not getting your work done.”

As much as I liked “Breaking Bad,” I couldn’t argue with biology.

Reprinted with permission from the May 15, 2019 edition of “The Legal Intelligencer” © 2019 ALM Media Properties, LLC. All rights reserved. Further duplication without permission is prohibited. For information, contact 877-257-3382, reprints@alm.com or visit www.almreprints.com.