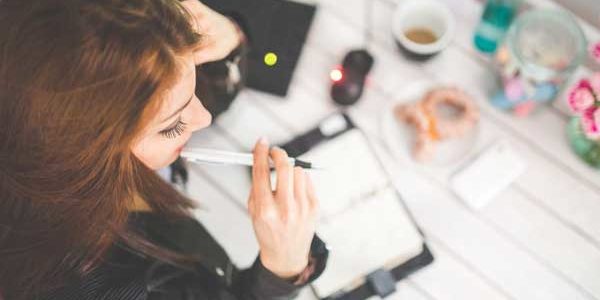 Did you ever stop to think that our daily actions are a simply a collection of habits formed at various stages of our lives and rarely, if ever, re-examined to see if they are working for or against us?

At the heart of most achievement is habit change. Whatever your goal—to make more money, get more clients, improve productivity, etc.—habits that protect that status quo must change. In a recent coaching session with an attorney, he recited the reasons he did not accomplish one of his prime goals—getting to the gym. I asked whether he ever decides to skip brushing his teeth and got an immediate “no” in response. So, exercise is optional and tooth brushing is mandatory. How did that come to be? And how could you make exercise, or any other habit you want to create, become nonnegotiable?

It turns out that daily tooth brushing has not always been a fixed habit in the United States, according to Charles Duhigg, author of “The Power of Habit: Why We Do What We Do In Life and Business.” It was advertising executive Claude C. Hopkins who changed that. In the early 1900s the health of American teeth was declining due to the influx of sugary, processed foods. Recruits to fight in World War I had so many rotting teeth that poor dental hygiene was considered a national security risk. Hopkins was approached by Pepsodent to create an advertising campaign but was reluctant because he could not see a way to educate the general population on the importance of tooth care. Ultimately he agreed to do the campaign, but instead of focusing on education, Hopkins worked on creating a craving for his product.

The Habit Loop
Before Pepsodent, only 7 percent of Americans even owned a tube of toothpaste. “A decade after the first Pepsodent campaign, pollsters found that tooth brushing had become a ritual for more than half the American population…Hopkins had helped establish tooth brushing as a daily activity. The secret to his success, Hopkins would later boast, was that he had found a certain kind of cue and reward that fueled a particular habit.”

Hopkins’ principles have been used to create thousands of new habits and the formula is effective. “Studies of people who have successfully started new exercise routines, for instance, show they are more likely to stick with a workout plan if they choose a specific cue, such as running as soon as they get home from work, and a clear reward, such as a beer or an evening of guilt-free television.”

Keystone Habits
In an interview with Justin Fox of Harvard Business Review in 2012, Duhigg spoke about keystone habits, a special category of habits which have the power to influence multiple behaviors. “Some habits seem to have a disproportionate influence. When a keystone habit starts changing, it seems to set off a chain reaction that changes other habits. And in a lot of people’s lives a keystone habit is exercise. When they start exercising, they start using their credit cards less. They start procrastinating less. They do their dishes earlier. Something about exercise makes other habits more malleable.”

That is exactly what happened with Jessica, a 41-year old attorney I am coaching. She has two kids, spends three hours driving them to school each day and works part time. In our initial conversation, she said that she feels “like a hamster on a wheel” and that “fitting things in is not possible.” We worked through eliminating time wasters and energy drainers until she was able to manage adding one new activity. During a coaching session, she had the idea of taking a Vikram yoga 30-day challenge where she would commit to doing yoga every single day. Once she started going to yoga every day, other habits were more easily addressed. She put her cellphone aside and stopped responding to calls after 6 p.m. and remarked that “the world hasn’t come to an end.” She is sleeping, eating better and “breathing better.” Her husband told her how great she looked. When she leaves the yoga class, she feels “on top of the world.”

All of these changes came as the result of one keystone habit—exercise. Jessica went from thinking change was impossible to changing more than she ever envisioned and improving her life immeasurably.

Duhigg writes, “At one point, we all consciously decided how much to eat and what to focus on when we got to the office, how often to have a drink or when to go for a jog. Then we stopped making a choice, and the behavior became automatic. It’s a natural consequence of our neurology. And, by understanding how it happens, you can rebuild those patterns in whichever way you choose.” He lays out many examples of the habit loop. With a craving at the heart of it, it goes from cue to routine to reward. Duhigg says if you identify the cue and reward, you can change the routine.

Experiments Are Not Failures
Duhigg uses the story of football coach Tony Dungy to illustrate how he changed the habits of the Tampa Bay Buccaneers and, by doing so, the outcomes. In sports, when players make an error, it’s usually mental, not physical. The players are all physically capable of doing their jobs. “Players mess up when they start thinking too much and second-guessing their plays.” Dungy set about creating habits so the players didn’t have to make so many split second decisions. It worked except when the team’s belief broke down, and then they reverted to old habits.

When that happens, and it probably will, remember that the process of experimentation—and failure—is critical in long-term habit change.” If you have a slip, it’s not a failure, only an experiment and you can try another way.

How to Break a Habit
Duhigg provides a framework that can be used to change any habit:

Duhigg uses himself to walk us through disrupting the habit loop. Every day, he went to the cafeteria and bought a cookie. The easiest thing to identify is the routine. That is the behavior you wish to change. But, what was the cue? This requires a process of elimination as it could be many things including hunger, boredom, loneliness or low blood sugar. And what is the reward? It also could be many things, including a change of scenery, distraction, a sugar rush or socializing. That is where the experimentation comes in. “By experimenting with different rewards, you can isolate what you are actually craving, which is essential in redesigning the habit.”

After you figure out a reward, you isolate the cue. According to Duhigg, almost all habitual cues fit into one of five categories: location, time, emotional state, other people, or an immediately preceding action. Duhigg suggests recording data to figure out what triggers the cue for the routine you are trying to change.

The final step is to write out a plan. It could be one sentence, like Duhigg’s: “At 3:30 every day, I will walk to a friend’s office and talk for 10 minutes.” Using this model, he was able to kick his cookie habit.

As Duhigg discovered, we can gain power over our habits by understanding how they operate and figuring out the cue, routine and reward.

What habit would you like to break for good?

Reprinted with permission from the August 22 2018 edition of “The Legal Intelligencer” © 2018 ALM Media Properties, LLC. All rights reserved. Further duplication without permission is prohibited. For information, contact 877-257-3382, reprints@alm.com or visit www.almreprints.com.

How to Say You’re Sorry: An Important Tool in the Workplace and Beyond
August 13, 2020
Go to Top