Networking: Why Is It So Important and Can You Get Better at It? 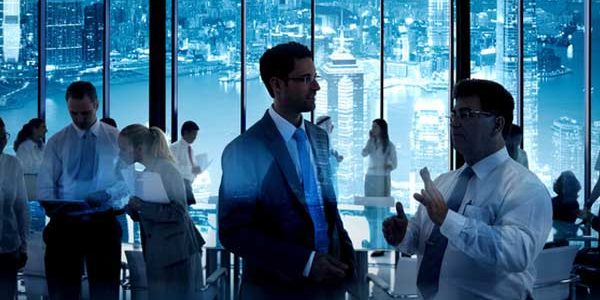 Networking has been defined as “a supportive system of sharing information and services among individuals and groups having a common interest.” That doesn’t sound so bad, does it? Support? Sharing? Interests in common? Why then, do so many professionals shudder at the very mention of the word? And is networking that important? Are there ways to get better at it?

To get answers to these burning questions, I turned to attorney Jennifer Lynn Robinson, CEO and founder of “Purposeful Networking,” a speaker and networking trainer who presented at a recent event hosted by Women Owned Law at Post & Schell in Philadelphia.

During the event, Robinson took us through a few ice breaker exercises where we either turned to the person next to us or divided into groups to answer a question she assigned. In our group of five, we grappled to come up with something we all had in common beyond the obvious that we were all women attending a networking event. We asked each other prompting questions about everything from art to astrology looking for areas of commonality and that is exactly the point. Either you will stumble on something unique about the group or learn about the other individuals. Either way, you are beginning to do what networkers do when they arrive at an event—connecting. One group figured out that they had all experienced romances in Paris, which sparked conversation among the rest of us. While our group wasn’t nearly so glamorous, we had a good time talking about our interests.

I asked Robinson about the name of her business, “Purposeful Networking” and she told me that a lot of people go to networking events, hand out a bunch of cards and think they’ve accomplished something when it’s unlikely that anything will result from that because they used the event to pitch rather than plant seeds for future nurturing. Purposeful networking requires getting strategic about where you network and with whom, and going where your target audience and resources will be.

Robinson spoke about the importance of networking for everyone, including lawyers, saying that “you make your money through the relationships you build.” Young lawyers often put off building a network because they’re busy learning the ropes of practicing law, feel awkward going to events without years of success stories to rely upon and don’t see it as a pressing need. Robinson says that is a big mistake. Like investing money, you will lose years of accruing interest and increasing depth if you don’t develop relationships early in your career. She also mentioned a phenomenon she sees particularly in large firms where attorneys align themselves with the brand of the firm rather than creating their own. If and when it’s time to make a move, you will need your own brand and network of people for inquiries, introductions and information.

She suggests making a list of 20 to 25 people who are top priority and checking in with them every four to six weeks. This can be done by forwarding an article, inviting them to an event, or simply asking how things are going, what they are working on and if you can be helpful.

I asked Robinson to share some of her best tips for getting started and maintaining a robust network:

Follow-up is the area where a majority of networking fails. We go to an event, have some good conversations, get cards, give cards, go home and get busy with our work and lives. To build a network of resources, prospects, referrers, etc., it takes consistent effort. Robinson likens marketing to exercise. It has to become a habit because otherwise you’ll drop it when you’re busy and will not make significant gains. As entrepreneurs know, you must market during busy times in order to keep having them.

Networking is also a mindset that begins with aiming to be helpful and thinking about what you can offer others. When you think about giving rather than taking, networking becomes a lot more meaningful and satisfying.

Reprinted with permission from the June 20, 2018 edition of “The Legal Intelligencer” © 2018 ALM Media Properties, LLC. All rights reserved. Further duplication without permission is prohibited. For information, contact 877-257-3382, reprints@alm.com or visit www.almreprints.com.